Smart Connectivity: 5G Capex To Get A Boost From US Stimulus? 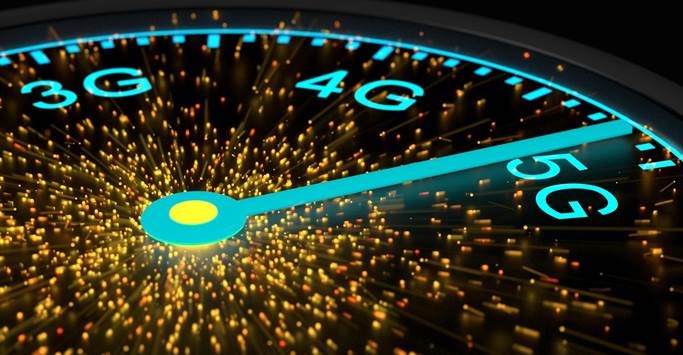 The health crisis and country lockdowns drastically slowed most businesses in recent weeks and the 5G industry has been no exception. 5G infrastructure work has been paused in most geographies, spectrum auctions have been pushed back in several countries (France, Spain Austria, Portugal…) with an immediate impact on capex plans, and concerns emerged about a potential delay of the initial 5G iPhone shipment. These news have clearly hit sentiment about the launch of commercial 5G and the start of business and industry applications enabled by the technology.
In our view, newsflow and sentiment could materially improve in coming days and weeks. First, initial quarterly earnings from semiconductor companies (Texas Instruments, Teradyne, STM…) and telecom equipment vendors (Ericsson) point to resilient demand from their “Communication” clients and come with reassuring outlooks. Upstream, Teradyne hinted at strong testing demand for 5G handsets and instrastucture and, downstream, Ericsson reiterated its 4% growth guidance for radio access in 2020.

Then, US lawmakers have been contemplating including digital infrastructure (broadband and 5G) in a future stimulus package, a move that would drastically speed up network rollouts and materially boost capex. While new legislation that is currently discussed or voted is simply an extension of the initial stimulus package, a subsequent tranche of stimulus could well address digital infrastructure given that it garners bipartisan support. Calls for a 5G boost can be justified by two main reasons in our view.

The most obvious one is that the health crisis has advanced the need for more robust telecom networks as almost anything that could shift online actually made the shift in a matter of days, putting infrastructures under strain. Moving forward, high-speed, high-density connectivity has become essential considering that some of the digital applications and use cases we discovered in recent weeks will be long-lasting (telemedicine, remote work, online education…) and that upcoming applications (Internet of Things, autonomous driving…) will be demanding in terms of network resources. Also, it’s worth reminding that even before the health crisis, the US government wanted 5G to be made available beyond major US cities, as tens of millions of Americans live in areas without access to broadband.

The second reason is more about geopolitics and the fact that America’s main rival, China, is currently speeding up its 5G rollout. Without providing details, the Asian giant announced that its stimulus plan would target “new infrastructures” that include 5G, data centers and charging stations for electric vehicles among others in order to help it transition to a high-tech and service-driven economy. Probably in anticipation of this stimulus package, Chinese telecom carriers announced a double-digit capex hike in 2020 to CNY335bn ($47bn), with research firm Omdia estimating that a large portion of this capex (US$25.5bn vs $5.8bn in 2019) will be dedicated to 5G equipment.

That effort should bring the number of 5G base stations in service to roughly 600,000 in the country from 130,000 at end 2019 and give China a first-mover advantage in the development of next generation business and consumer applications.

In all, the US is at risk of lagging behind China on a technology it has long considered strategic (remember the Huawei ban). Considering the fierce competition between the two countries, it would definitely make sense for the US to bolster its 5G network build-out through stimulus measures that would have an immediate impact on the whole 5G ecosystem (testing, semiconductors, optical, software).