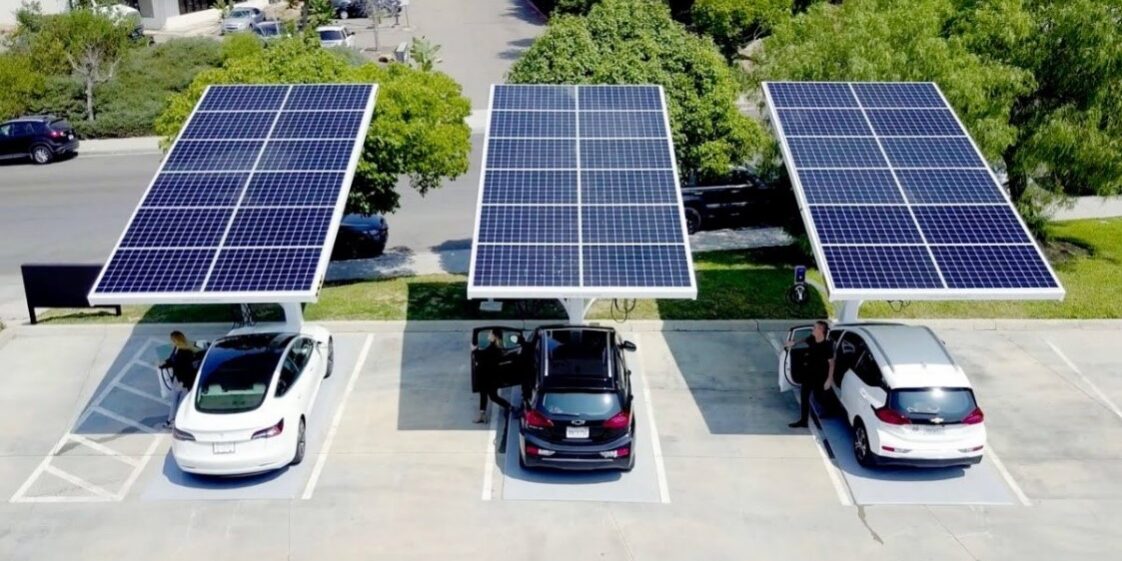 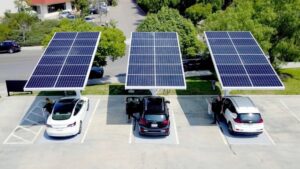 Range anxiety, or the fear of running out of power without being able to find a charging point on time to replenish the battery, has been one of the major psychological barriers to large-scale public adoption of electric vehicles (EVs).

We believe that this adoption blockage will soon be lifted due to significant improvements on both sides of the equation: on the vehicles’ side, constant technological advances in electric motors, batteries and power semiconductors are helping EVs to improve their range almost on a daily basis. On the infrastructure side, the rollout of charging station networks is at an inflection point as government sponsored plans in the US (Bipartisan Infrastructure Law), Europe (Alternative Fuels Infrastructure Regulation) and China are being kickstarted and expected to accelerate next year.

According to the International Energy Agency, about 145 million EVs will be driven on our roads by the end of the decade (from about 10 million today). More EVs necessitates denser charger networks while more chargers will accelerate EVs’ adoption. This chicken-and-egg problem is a formidable challenge: in the US, McKinsey estimates that the country will need 20 times more chargers than it has now. Europe must expand its existing charging network fifteenfold according to a just released report from ResearchAndMarkets. China, which currently operates the world’s largest charging network (representing about 65% of the world’s active chargers…), is also racing to increase its network density by a factor of 9x.

Given the high stakes at play, many existing and new companies are trying to get a share of this booming business. These players can be categorized into 3 distinct segments:

1) Energy producers like BP, Royal Dutch, Electricite de France or State Grid Corporation of China which are participating in the race for obvious diversification (survival?) reasons.

2) EV manufacturers like Tesla, BYD or Xiaoju Charging (Xpeng) which are deploying their own charging networks to stimulate electric cars’ sales.

In order to maintain consistency among all these different networks and commercial strategies, standardization and norms are starting to be set to ensure compatibility (like the Open Charge Point Protocol or the ISO 15118 norm). Heterogeneous charging hardware and software as well as different operating processes will gradually converge towards fully interoperable systems, a perfect illustration being Tesla’s recent decision to open up its charging network to non-Tesla EVs.

Charging and payments will thus become very easy across vendors while the crucial link between EVs and the electric grid (V2G, Vehicle-to-grid) – allowing smart charging to stabilize the grid and lower charging costs – will be universally available.

In addition to higher density and compatibility, charger operators are also heavily investing to increase the proportion of fast charging stations in their networks. An electric vehicle can be charged in 3 ways:

1) by plugging the EV to a standard Alternating Current (AC) plug. This is called Level 1 charging and is, by far, the worse way to “fill the tank” because it’s extremely slow and can be even dangerous (burning batteries) as there’s no communication between the power outlet and the vehicle.

2) by using a dedicated AC station (the most common type of charging equipment found at residential and commercial locations). Level 2 charging goes significantly faster as these stations deliver a higher power output than the standard AC power plug and preserve batteries due to bi-directional communication (V2G or V2H for Vehicle-to-Home).

3) fast charging or Level 3 which uses Direct Current (DC) instead of AC and thus directly “plugs” to the EV’s battery, which is a DC-functioning component. As Level 3 bypasses the car’s onboard AC/DC converter – AC’s charging main bottleneck – it can fully recharge a battery in minutes rather than hours for Level 1 and 2, a clear advantage for commercial operators offering their charging services at gas stations, supermarkets, and fleet depots.

However, this charging speed comes at a cost as a DC charging infrastructure is far more expensive to buy (6x times higher than Level 2), to install (around 7.5x compared to Level 2) and to operate because the whole electric network was designed to transport alternating current after the “AC camp” won the War of the Currents in the late 19th century (interested readers can find a clear and concise explanation here).

DC’s comeback in the grid

The rapid expansion of charging networks (with an increasing share of DC chargers), the potential use of idle EVs (or more generally batteries) as (DC)-energy providers and the expanding share of renewable DC energy sources like solar and hydrogen (through fuel cells) are putting Direct Current, after more than 140 years, back under the spotlights. Thomas Edison must be laughing out loud…

Recent advances in power semiconductors – allowing to build DC electric equipment operating at voltages above 1’000 kV – is crucial because line losses (in the form of heat) are reduced by a factor of 4 for each voltage doubling for a given quantity of power transmitted. Furthermore, a DC system has roughly half the loss of a comparable AC one (for a given voltage) while its cost significantly drops with its distance.

All these reasons have pushed several countries like China, Brazil, Congo and India to build high or ultra-high voltage DC (UHVDC) overhead lines on distances of more than 1’000km (the world’s longest one, 3’000km, was completed in 2019 in China) to link their geographically dispersed electricity production site(s) to the energy consumption area(s), which could be very far apart, especially with renewables (solar farms in the desert, dams in the mountains, offshore windfarms…).

The rollout of UHVDC networks is gaining steam as these power superhighways are also ideal for intercontinental connections to mitigate the effects of wind power and photovoltaics intermittency as well as to connect unsynchronized AC networks to allow power flows between incompatible (AC) networks.

The inevitable rise of renewables and the forced march towards electric mobility is triggering fundamental changes in the core of the century old electric grid. At the micro level, DC chargers are one of the many reasons for these changes. Like in the EVs’ segment, charging network operators have literally mushroomed over the past years. Many of them will fail, some of them will be acquired (by energy producers that have to reinvent themselves) or will merge with competitors.

From a pure investment perspective and at the risk of repeating ourselves, we stick to our “common denominator” strategy which consists in picking the companies that are selling the necessary components, namely the power semiconductor chips, to the charging station and/or electric grid (DC) equipment manufacturers.

Compound semiconductors, more precisely those manufactured with gallium-nitride (GaN) and/or silicon carbide (SiC), are the big winners of the structural trends described above. SiC/GaN wafer producers like Taiwanese Episil-Precision, US Wolfspeed, Chinese Sanan IC or Japanese Showa Denko are all investing to massively increase their output. Specialty chip manufacturers like Navitas Semiconductor, Power Integrations or Transphorm are also names to add on the watchlist. Finally, some end-product (charging stations) manufacturers like Alfen or Kempower would deserve to be on the list as well to keep an eye on the soon to be triggered M&A activity in this particular segment.