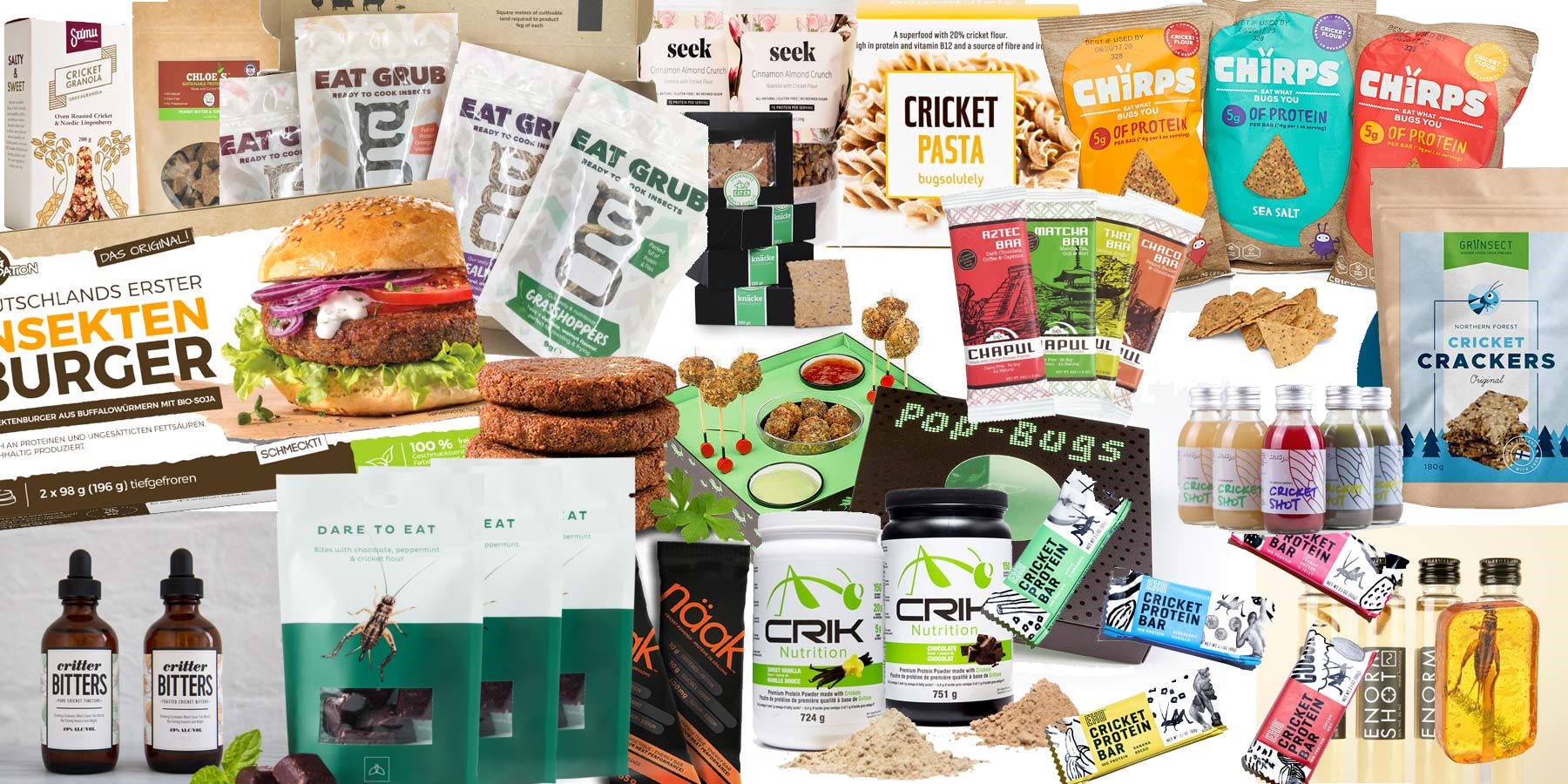 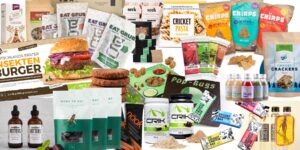 When compared to beef, insect protein production consumes 90% less land, 50% fewer resources and produces up to 200 times lower greenhouse gases. And when compared to plant-based proteins such as soy, insect proteins and their derivatives (flour, powder, …) also stand out as they require about two thirds less water per kilogram produced. Importantly, insects boast a very high protein content (60%) while some plants such as tofu and quinoa come with a much lower protein content (around 5%).

Also contributing to their sustainability credentials, the feeding of insects in the production process can use organic leftovers, transforming food waste into nutritious proteins and materially reducing the protein manufacturing costs.

Quietly, insect proteins have then started being used as ingredients for animal feed (notably aquaculture) and pet food and insect start-ups are now having their sights on human food, trying to capitalize on various health benefits.

For centuries, insects have been valued as delicacies and, in certain circumstances, sources of medical and spiritual benefit by communities in a number of nations, including India, China, Thailand, Colombia, Mexico, and Brazil. Although eating insects is uncommon in Western cuisine, around two billion individuals do it worldwide. For this reason, some predict that they will eventually become commonplace, even in the West.

According to recent research, crickets, grasshoppers, ants, termites, grubs, and caterpillars are among the insects that have been identified to provide a variety of nutritional and/or physiological advantages not just for humans but also for animals. For instance, a 100-gram serving of cricket flour contains between 12 and 20 grams of protein and significant quantities of zinc and potassium and mealworms boast many of the same attributes as milk protein.

It has also been demonstrated that consuming insect protein lowers cholesterol in humans by around 60%. An insect-based diet offers various advantages for the animal feed industry as well. For instance, fish farms have shown a large drop in fish mortality as a result of switching to an insect-based diet.

Although consumer acceptance of diets based on insects is still quite low in the West, powders and flours based on bugs can easily be incorporated into other foods like protein bars, pasta, and beverages, making insects indistinguishable, except from the ingredient list. Accordingly, this may foster consumer acceptance and a recent Oklahoma State University survey found that about 30% of consumers would be open to food containing cricket ingredients, as long as it tasted good and was safe to eat.

But given the recent underwhelming experience in plant-based food (growth stalled after an initial boom, due notably to taste issues with consumers), we believe that it’s too early to make bold predictions about human consumption of insect proteins.

We then assume that animal feed and pet food should be the industry’s main growth drivers in coming years and see some of the market projections as realistic, such as Barclays’ estimate that the insect protein market could reach $8 billion by 2030, up from less than $1 billion today. This is also supported by many start-up initiatives in recent months.

Probably one of the most notable companies in the insect space is Paris-based InnovaFeed, which has partnered with agricultural giant Archer Daniels Midland (ADM) to inaugurate a factory in late 2024 which will produce an annual volume of 60,000 metric tons of meal, 20,000 metric tons of oil and 400,000 metric tons of fertilizer, all based on insects. Additionally, InovaFeed joined forces with Cargill to provide insect-based feed for aquaculture, as well as for chicks and piglets.

Ynsect, which operates two insect ingredient farms in Europe and is constructing the largest insect farm in the world in France, is another company worth noting in this area. Ynsect also intends to begin the construction of a large insect farm in the US in late 2023, in partnership with flour milling company Ardent Mills.

Smaller players include US-based Chapul, which was established in 2014 when its founder secured a financing from billionaire Mark Cuban for the first US cricket protein bar. But Chapul left this market in 2019 owing to a lack of customer acceptance, concentrating on creating larvae, which are then added to animal feed, as well as frass (insect excrement), which is subsequently used as fertilizer for farming.

Meanwhile, some companies have recently found new ways to increase insect-based diet acceptance among consumers: through the endorsement of well-known chefs. To this extent, Yum Bug, which seeks to popularize eating insects like crickets, has partnered with celebrity chef Prue Leith, a TV star in the ‘Great British Bake Off’, a UK television baking competition.

However, consumer acceptance of insect-based meals won’t really take off until the necessary regulatory infrastructure is in place. Switzerland was a pioneer in this regard, being the first nation in Europe to approve three types of insects (crickets, mealworms and locusts) for human consumption back in 2017. The European Union has been catching up, by authorizing in December 2021 the categorization of grasshoppers, mealworms, and crickets as food. And in the US, while insects are not officially regulated as food or food ingredients by the FDA, they have been referred to as “food” in various situations.

The trend could get a further boost, as governments start considering subsidizing the development of the industry. In this regard, Agriculture and Agri-Food Canada announced an investment of $8.5 million in Aspire last June, an insect agriculture company, to help them establish a new manufacturing facility in Canada. The plant will process protein derived from crickets, advancing the usage of insect proteins in both human and pet food items.

In conclusion, insect proteins’ applications in the animal and pet foods already open a vast, under-penetrated market. The consumer market would represent a massive source of upside, provided the health and sustainability benefits of insects succeed in overcoming consumer resistance over time.