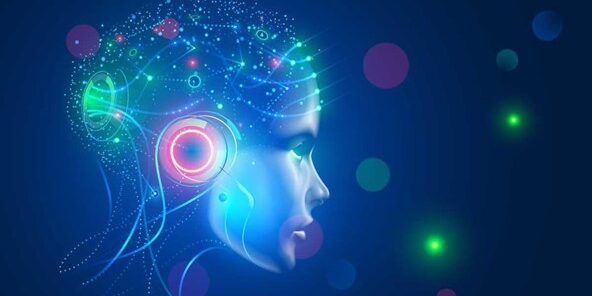 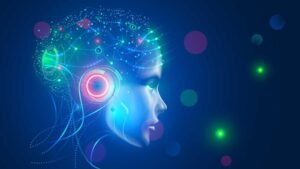 ChatGPT literally took the world by storm since its release in November 2022. The chatbot is so successful that it added 1 million users in only 5 days, slashing the iPhone’s (74 days) and Instagram’s (2.5 months) previous adoption speed records.

OpenAI, the company behind ChatGPT, was founded in 2015 and backed by prominent figures like Elon Musk, Reid Hoffman (LinkedIn co-founder) and Peter Thiel (PayPal co-founder), just to name a few. The company’s main objective is to research and develop AI models based on Reinforcement Learning (RL), one of the three main Machine Learning (ML) training methods. The high potential of RL-based algorithms was demonstrated by DeepMind’s (owned by Google) AlphaGo system when it defeated the Go game’s world champion in 2016.

More specifically, OpenAI ventured into the development of RL-based Generative Models that can, for example, generate new photos of human faces that look like real humans. After having demonstrated some promising projects in the Gaming and Robotics fields, the company released in mid-2018 a very powerful Natural Language Processing (NLP) model called GPT. The Generative Pre-Trained model is a unique combination of different ML learning techniques applied to a specific type of artificial neural network architecture called transformers. It took 1 month to pre-train GPT-1 with 8 GPUs on a heterogeneous corpus of text (thousands of books).

The great accuracy delivered by the first and second iterations of GPT attracted the attention of Microsoft which invested, in mid-2019, $1 billion in OpenAI. This cash infusion coupled with the availability of a top-notch cloud computing platform (Azure) helped accelerate and significantly scale the development and size of GPT. At the time of this writing, this Large Language Model (LLM) is in its third version. ChatGPT is an interface that allows to easily interact with the model.

ChatGPT’s viral success is due to its currently unparalleled accuracy in mimicking a human conversion but also thanks to its versatility: it can write and debug computer code, create content (poetry, music, essays…), take tests, manipulate data, summarize text, analyze sentiment and much more. This powerful and large skillset is obviously posing some real challenges: schools have started to ban this tool to avoid cheating, cybersecurity experts are worried about the chatbot’s capacity of writing malicious code and/or phishing emails while media is concerned about its ability to produce factually plausible fake news.

But its benefits for digital businesses will be massive as ChatGPT and Generative AI more globally take assistive technology to a new level, materially reducing development time and costs, and opening content creation to non-professional users. In the video game industry for instance, which is known for the extremely long and costly development of its blockbusters, Generative AI could be a game changer and make creative and development teams much more efficient by letting AI take charge of text, backgrounds and non-playable characters and having humans focus on the scenario, innovative gameplays and design of key characters/settings.

Furthermore, since Microsoft announced that it would soon add ChatGPT to its portfolio of cloud services, integrate it into its Office suite and use it to improve its search engine Bing, this chatbot may also reshuffle the equilibrium currently in place amongst the web giants.

Such a strategic move could have long lasting effects on several internet segments like search engines: apparently, Google triggered an internal alarm in December 2022 about ChatGPT’s disruptive potential to its (too) dominant search engine business. In the cloud computing space, Amazon’s AWS platform (No1 with 34% market share) could also come under heavy fire as Microsoft could attract a deluge of new users to Azure and hence significantly boost its market share (currently at 21%). Finally, the tight integration of the chatbot with the Office suite will further increase the stickiness of the software bundle while indirectly boosting related cloud services like OneDrive, Teams or SharePoint, amongst others.

It is worth mentioning that Microsoft is already offering one of OpenAI’s models, DALL-E, capable of generating images from natural language descriptions (also based on the GPT model) and that the software giant is currently in talks to boost its initial investment to $10 billion, valuing OpenAI at around $30 billion.

However, these tectonic shifts among hyperscalers are absolutely not a sure thing. Despite being a competitive and fast evolving area, many actors in the AI field have embraced openness by publicly disclosing their findings, sharing their algorithm developments, and giving their ML software/libraries (TensorFlow, PyTorch…) to the open-source community. Thus, since competitors also have massive computing power, access to the same data sets, software and methods/algorithms, catching up on quantum gaps like the one provided by ChatGPT is clearly not impossible. Proof is that Google is already running a Large Language model called PaLM that has 3 times more parameters (or weights) than GPT-3!

Even if AI-based chatbots like Apple’s Siri or Amazon’s Alexa have gone mainstream since many years, they are still not massively and intensively used. ChatGPT’s planetary success is bringing the particular Generative AI field back under the spotlights and is probably opening a new chapter in our daily usage of AI agents.

The relentless and exponential growth of deep learning models (we will soon reach the 1 billion parameters mark) and the Petabytes of data needed to train them will continue to stimulate the demand for computing power, data storage and lightspeed communications. While it is obvious that Microsoft will benefit from this new era, we believe that this race to build the ultimate Artificial Intelligence platform will mainly favor the technology enablers, namely semiconductor companies since AI/ML specific software is mostly open source and hence free.

In this sense, the “computing cartel” formed by AMD, Intel and Nvidia is simply unavoidable. The foothold of these companies in the data center is constantly increasing through the addition of adjacent features (storage and networking) to their computing chips (cf. accelerators).

However, this dominance is starting to be challenged as many hyperscalers are now developing and putting into production their in-house developed processors (cf. The Graviton Impact). While all these chips are currently designed with the ARM proprietary instruction set, even the British company is at risk of being disrupted itself by the stellar rise of the open-source and hence free alternative, the RISC-V architecture.

Whatever processor architecture will be used in the future to run these massive AI models, all these chips will need to be manufactured with leading edge processes. As state-of-the-art semiconductor manufacturing has become so complex and so costly, only three companies in the world are still competing in this field: Taiwan Semiconductor (TSMC), Samsung Electronics and Intel. This trio is becoming the central point (and maybe the bottleneck) to the quest of Artificial SuperIntelligence (ASI), which is more capable than a human.