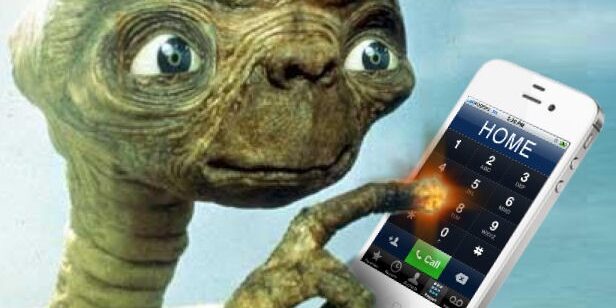 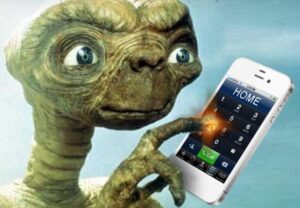 SpaceX’s Starlink, owned by Elon Musk, and US wireless operator T-Mobile made the headlines recently when they announced a partnership aimed at connecting users’ current mobile phones directly to satellites in orbit, hence providing mobile users with (limited) network coverage in remote areas of the United States.

The use of satellites for bi-directional telecommunications is nothing new as several companies like Inmarsat, Globalstar or Irridium have been offering such services since several decades. However, this satellite connectivity is mainly used by professionals (airline and shipping industries, military, rescue teams…) and still requires expensive and bulky equipment.

The upcoming generation of satellite networks seeks to democratize “space communications” by making them (more) financially affordable and available on regular smartphones. Achieving this objective will obviously take some time and no one should expect, in the near future, to enjoy a high-definition Netflix stream on a cellular phone while sitting on top of the Everest or in the middle of the Sahara.

In the first phase, the very limited bandwidth of these direct satellite links will only allow the transfer of text messages and pictures, a feature that could nevertheless appeal to many people living in or travelling to remote areas where terrestrial coverage is absent. A space-based network could also be used as a back-up in the event of terrestrial connectivity outages or natural disasters.

These new constellations, operating at low Earth orbit (LEO), are posing some technological challenges as the satellites are flying at an altitude of around 400 km and at a speed in excess of 27’000 km per hour. Regular smartphones, which are designed to interact with nearby stationary antennas, will thus have to acquire a weaker and noisier signal as well as being able to rapidly switch between the satellites entering and leaving their reception range.

Overcoming this technical barrier necessitates further progresses on specialty semiconductors for radio frequency (RF) and signal processing as well as the use of very sophisticated antennas.

On the semiconductor side, the two world’s largest wireless chip designers, Mediatek and Qualcomm, have recently announced successful field trials in satellite communications: the former is working on the connection between Internet-of-Things platforms with geostationary (GEO) networks while the latter is conducting research on the link between smartphones and LEO infrastructures. Both are planning to contribute to the standards defining 5G non-terrestrial networks (5G NTN) in order to lay the foundation for hybrid satellite and cellular networks.

On the satellite side, many developments are also occurring in order to make this new 5G feature available at a large scale. For example, Elon Musk’s Starlink Gen2 will launch hundreds of bigger, heavier, and more complex satellites to offer 5G NTN communications sometime in 2023. Here, one of the crucial point is the on-board antenna.

Indeed, the wireless beams between orbiting satellites and smartphones (which can also be non-static) need to be constantly realigned to maintain the communication link. Therefore, the beam(s) must be directed, something that can be achieved in two ways: mechanically – by simply orienting the antenna towards its receiver(s) – or electronically.

In space, the mechanical solution is obviously subpar because it adds weight to the satellites (from the servo motors directing the antenna), consumes more energy and is more prone to breakdowns. The electronic option relies on a well-known trick called beamforming. The same signal is beamed from multiple antennas close to each other, with each beam having a different phase (time delay) and amplitude in order to obtain a resulting beam with a specific emission angle.

For an obvious weight reason, satellites will not embark multiple transceivers but use a phased-array antenna. This device is a panel holding numerous smart antennas, each being independent and computer-controlled. According to Elon Musk, the specifically developed transceiver, which will turn Starlink’s Gen2 satellites into orbital cell towers, has an unfolded surface of more than 25 square meters and is currently the most advanced phased-array antenna in the world.

Starlink’s position is not unique as several other players are also planning to enter the strategic telecommunication space race. For example, Lynk has already succeeded in sending a short message from a LEO network to a regular smartphone while AST SpaceMobile is close to launching its own satellite constellation to build “the first and only space-based cellular broadband network accessible directly by standard mobile phones”. Finally, Amazon’s Kuiper has partnered with Verizon for a 5G-LEO project and has recently secured up to 83 launches to build its constellation of 3,236 satellites.

This overview would not be complete without a few words about smartphone manufacturers and OS developers. The rumors about the upcoming iPhone 14, incorporating a satellite-compatible chipset, have recently resurfaced (they first appeared before iPhone’s 13 launch one year ago). The only thing we know so far, is that Apple has “completed hardware tests” with Globalstar according to TF International Securities’ well-followed analyst, Ming-Chi Kuo. On the Android side, Google has confirmed that the next release of its smartphone OS (Android 14) will have satellite support baked in.

In conclusion, these developments around space communications should have far-reaching consequences. First, the emergence of LEO constellations and of a truly 5G global coverage is reshuffling the business models of legacy satellite operators and likely to redesign the telecom industry as we know it today.

Second, this new space race is likely to boost sales of satellite communication semiconductors as tens of thousands of satellites are expected to hit LEO in the next couple of year with much increased semi content. In the smartphone segment, it is not clear yet if the addition of satellite connectivity will really increase the semi content but the launch of the iPhone 14 and its teardown should provide interesting insights. Overall, communication semiconductor players (Mediatek, Qorvo, Macom…) should benefit from this environment.

Niche players such as Mynaric and Gilat are also worth a look as they are focused on the satellite equipment segment but obviously come with increased risk given their lack of diversification and small market caps.