Hydrogen & Electrons: Batteries In The Spotlight Amid The Oil Crisis 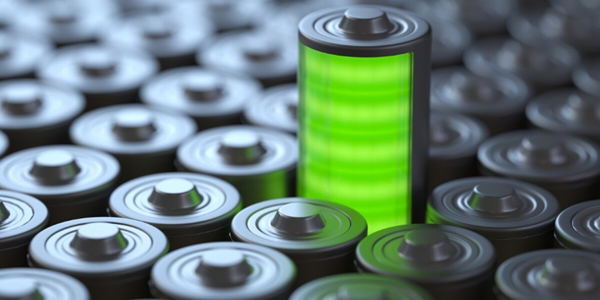 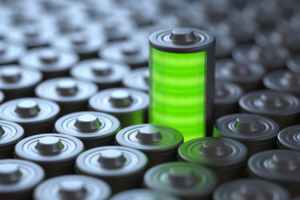 With crude oil currently hovering at around $120 a barrel, non-fossil energy sources and electric vehicles (EVs) are obviously back on investors’ radar.
Sales of EVs around the world were already shooting to the roof before the Russia-Ukraine war (+115% in China and +39% in Europe in January, +72% in the US in Q4) and will likely continue to do so going forward.

In the quest to fully electrify the way people and/or goods move around the world, batteries are playing a crucial role not only as the energy store that moves EVs but also as a buffer for intermittent clean sources of electricity like wind and solar. Demand for EV batteries will thus skyrocket with an expected growth rate of more than 28% per annum over this decade.

Given the high stakes at play, a lot of research efforts have been undertaken to improve batteries from different angles:

3/ improve their (chemical) security and

4/ reduce their dependance on some increasingly pricey elements (Cobalt or Nickel for example) that also come with environmental and human rights concerns.

Before giving a non-exhaustive overview of the most recent developments in battery technologies, let’s have a refresher on the inner working of this device: 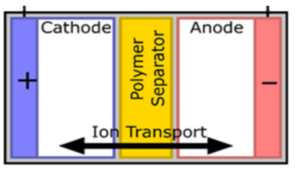 Basically, a battery has four main components: 1) a positive electrode, the cathode, 2) a negative electrode, the anode, 3) an electrolyte and 4) a separator.
Once the two electrodes are connected to a (passive) electric circuit, an electrochemical reaction occurs at the anode which liberates its electrons (negative charge) and ions (positive charge). The electrons are flowing through the circuit while the ions are crossing the separator through the electrolyte (called ionic conductivity). Both will head to the cathode where they will “recompose”.

Currently, Lithium-ion is the best available technology for battery-powered devices, including EVs. Lithium-Nickel-Manganese-Cobalt (NMC) is common in the EV sector, while Tesla employs its own Lithium-Nickel-Cobalt-Aluminum (NCA) chemistry. Asian companies like CATL, BYD, LG Energy or SK Innovation are largely dominating (>80% market share) the production of Li-ion batteries. But Li-ion is expected to reach an energy limit in the coming years and several solutions are in development to extend its limits.

As we just saw above, the anode of a discharging battery is providing the electron flow and hence the electric power. Thus, increasing the anode’s energy storage capacity is currently one of the main research axes. The use of different materials and compounds like Tungsten (N1 Technologies’ NanoBolt), Lithium-metal (Li-Metal Corp.), silicon (Sila, backed by Daimler and BMW, Amprius), graphene (Grabat), or carbon nanotubes (Nawa Technologies) are all offering a significant boost in performance, charging times, durability and/or weight.

Improvements in the anode must be accompanied by performance enhancements at its counterpart, the cathode, in order to avoid the well-known anode-cathode mismatch effect (the energy density spread between the two electrodes). In order to get the most energy storage capacity out of a battery, the cathode must be able to fully collect the electron/ion flow delivered by the anode which, by default, has a greater energy density.

Thus, researchers are also intensively working to reduce this capacity spread by developing cathodes with exotic compounds like Nickel-Manganese-Aluminum (this has a second benefit: the elimination of Cobalt) or Lithium-Sulfur batteries (Oxis Energy, Poly Plus, Aspen Aerogels…) which could be a good fit for the aviation and space industries due to their high energy density-to-weight ratio.

Finally, the electrolyte is also getting extensive attention. As Lithium is highly reactive and flammable, it must be combined with a liquid solvent and hence stored in a sealed case. The Solid-state battery solution – in which the liquid electrolyte is replaced by a non-flammable solid compound with similar ionic conductivity – is currently the most promising path to eliminate the risk of fire and, at the same time, to reduce the battery’s casing mechanical constraints.

In fact, solid-state batteries (Quantumscape, Solid Power, Samsung SDI…) are the industry’s holy grail as they offer improvements on every dimension: energy density, charging times, safety, shelf-life, weight, mechanics (casing) and thermal management. In addition, as these batteries are “solid” by definition, their role as a structural component is also considered by automobile manufacturers which are integrating them in their design to reinforce EV’s frame and, at the same time, reduce the overall weight of the vehicles (by almost 10% according to Tesla).

Most of the above-mentioned technologies are currently either at the prototype or pre-commercialization stage. As Elon Musk rightly pointed out, performance will not be the main factor to win the battery race but the ability to mass-produce this key component at reasonable costs.

As of now, betting on a particular solution and/or company is highly uncertain and that’s the reason why many car manufacturers are hedging their bets by spreading their (financial) support to a large spectrum of players. Furthermore, some other interesting initiatives not directly linked to the chemical improvement of batteries are also considered and tried. For example, Chinese EV manufacturer Nio is setting up a battery-swap service which would allow its customers to replace an empty battery by a fully charged one in only 3 minutes.

Whatever happens in this booming industry, one thing is pretty clear: EVs will soon overtake internal combustion vehicles both in terms of total cost as well as in autonomy, with a 600-700 km range just around the corner.