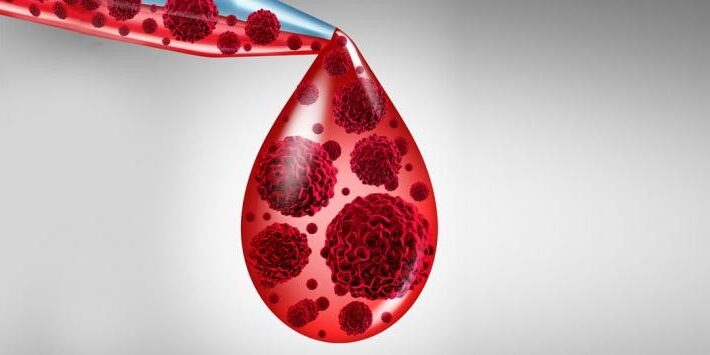 Nearly one million cancer cases have been neglected across Europe due to the pandemic according to the European Cancer Organisation. In the US, the National Cancer Institute documented that nearly ten million cancer screenings were missed nationwide during the coronavirus outbreak. Due to ignored appointments and cancer screenings, Covid-19 will therefore, unfortunately, cause indirect increases in cancer deaths over the next few years.

Nevertheless, amid hospital capacities and doctors’ availability rising in the wake of post-pandemic normalization, promotion of early cancer detection looks likely to re-emerge as a trend, given it increases the chances of survival by a factor of eighteen (British NHS).

But most traditional detection methods have serious limitations. Tissue biopsy for instance consists of removing a small amount of biological tissue, generally through a needle and aspiration. The procedure, which is costly and that often must be repeated, may even feel invasive and painful for patients when, for example, a lung or liver sample needs to be extracted.

Fortunately, thanks to recent innovations in fields such as gene sequencing, bioinformatics and big data, cancer detection methods are evolving at a brisk pace. Companies like Guardant Health or Exact Sciences are at the forefront of this revolution, having both recently won new regulatory approvals for special applications of their liquid biopsy technologies – which only necessitate a regular blood sample or other biofluids such as urine, saliva or cerebrospinal fluid.

As an easy-to-use screening and early DNA-mutation detection method, liquid biopsy also provides new ways to assess a patient’s condition after diagnosis and relapse, as well as better effectiveness in real-time treatments. These advances therefore enable the introduction of liquid biopsy into clinical practices, thus marking in our opinion a probable tipping point for their widespread use of the technology. For example, Invitae has taken a step further within cancer relapse detection using this new approach. Its technology now identifies minimal residual disease (MRD) that cannot be detected with standard monitoring such as imaging, providing the potential to become a mainstay in personalized oncology within clinical practices.

Furthermore, drug manufacturers look also set to benefit from the ease of use and the ever more precise information contained in liquid biopsies, opening the door to new possibilities, for example within precision medicine.

In this regard, Amgen’s recently FDA-approved Lumakras drug for the treatment of lung cancer patients with mutant cells (KRAS G12C) is an outcome of the company’s precision medicine strategy. It will make use of Guardant’s test (360 CDx) as the liquid biopsy companion diagnostic for such patients. Mirati Therapeutics, which has a similar drug (Adagrasib) in the final phases of development, struck a deal earlier this year with Resolution Bioscience to use its sequencing-based liquid biopsy technology to help find specific lung-cancer patients who may benefit from its innovative targeted therapy.

Meanwhile, given the double-digit growth rates the liquid biopsy industry is set to witness over the next decade, competition is heating up within the space, as recent lawsuits suggest. Both Guardant Health and Invitae announced over the last month that they had filed separate lawsuits against Natera for unfair competition and patent infringement on DNA sequencing techniques.

Moreover, citing concerns that it will harm competition in the US market, the US Federal Trade Commission filed a lawsuit in March to block Illumina’s planned $7.1bn acquisition of Grail, the cancer screening liquid biopsy group backed by Jeff Bezos and Bill Gates.

With around twenty million new cancer cases worldwide in 2020 and roughly 50% more by 2040, the race to trace, treat and heal the deadly disease looks set to intensify for the foreseeable future. But some of the probable winners within the liquid biopsy technology space have already set the stage for their success.