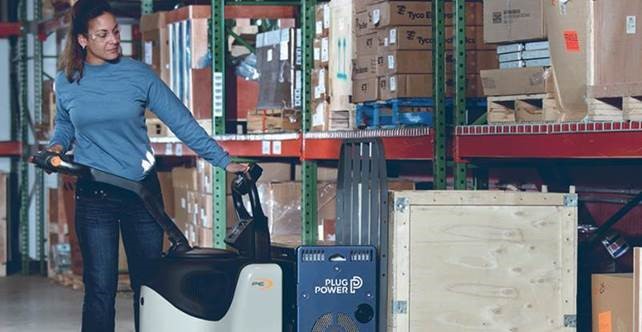 If one needed fresh evidence that hydrogen technologies are commercially ready and on their way to profitability, Plug Power, our largest portfolio position, provided it last week as the fuel cell maker reported 80% revenue growth to $107m in Q3 and a 19% EBITDA margin, way above consensus expectations and already close to its 2024 margin target of 20%.

This quarterly performance from one of the pure plays on hydrogen surprised investors who, for many of them, still see hydrogen as a far, far away opportunity (2025-2030) and expect limited earnings power in the short term. Even if Plug’s report, coupled with Joe Biden’s presidential victory, sparked a rally in the whole hydrogen ecosystem in the first weeks of November, we believe that the best days are ahead of us as hydrogen names will likely benefit from two powerful tailwinds as soon as 2021.

First, various government initiatives across the world are likely to accelerate adoption of hydrogen as an utility storage and mobility/industrial power solution and hence put hydrogen on a secular growth path. In China, the policy framework is currently prioritizing deployment of fuel cell electric trucks and buses and hydrogen fueling stations, with the stated goal to get to 1 million fuel cell electric vehicles and 1,000 fueling stations by 2030. In Europe, several countries have introduced hydrogen in their stimulus package with, for instance, Germany and Spain earmarking EUR9bn each for the promotion of hydrogen production and use while the UK just announced a £12bn green recovery plan. And, last but not least, the administration change in the US is expected to be a major catalyst, in light of Joe Biden’s emphasis on clean energy during his campaign.

Note that if incentives will be important, potential government restrictions about internal combustion engines in certain regions or diesel generators for large-scale backup power systems will also have a major role to play in hydrogen’s widespread adoption.

Second, a cyclical recovery, assuming the health environment improves, could also materially lift the revenue and earnings growth outlook of hydrogen players. Contrary to popular opinion, most fuel cell and electrolyzer vendors have had a tough year and reported underwhelming growth so far in 2020 (Q3: +3% at Ballard, -1% at Nel, -11% at Bloom Energy…) as they suffered from installation and supply chain disruptions and project delays in relation with the health and economic crisis.

Aside from utility-scale energy storage, hydrogen’s largest end-markets are mobility (mainly buses and trucks) and power backup solutions for data centers, industrial & manufacturing sites and healthcare/hospital customers. Needless to say, transportation companies were not in the mood to invest in a new generation of fuel cell buses this year given dramatic traffic declines, hospitals had other priorities to handle than a shift from diesel to hydrogen power backup systems and most industrial customers delayed their capex decisions in order to preserve their balance sheet. The exception to this muted growth environment was Plug Power, as mentioned above, due to its exposure to the grocery logistics industry.

But, if a full economy reopening takes place next year, capex decisions could follow suit, with government incentives acting as an additional catalyst. This is all the more likely given that several hydrogen players commented during the earnings season that their commercial pipeline was extremely healthy (up 64% year-to-date at Ballard), a clear sign of growing customer interest and of pent-up demand that could be released in 2021.

Overall, we expect the environment to get increasingly supportive for hydrogen in coming quarters and years. The upcoming expansion of hydrogen players across the entire value chain and across different applications could also add a twist to the growth story.

Indeed, each company mainly serves a single end-market such as mobility (Ballard), commercial and industrial power backup (Bloom Energy) and logistics handling/forklifts (Plug Power). Each company is also focused on one single type of device: electrolyzers (Nel, McPhy…), that produce hydrogen by splitting water into oxygen and hydrogen using electricity, and fuel cells (Plug, Bloom, Ballard…), that work like electrolysis in reverse and produce electricity by combining hydrogen and oxygen atoms.

But given that technologies across families of applications and devices can be quite close, most hydrogen players are now seeking to enter other end-markets (e.g. Plug is getting into mobility and stationary power backup solutions) and/or to offer both fuell cells and electrolyzers. Bloom for instance is working on a solid oxide technology that can be run in one direction as an electrolyzer and in another direction as a fuel cell.

To wrap it up, we expect government incentives, cyclical recovery and end-market/product expansion to ignite growth in a near future. Should this outlook materialize, the margin and earnings leverage could be significant given that most hydrogen players have added capacity (and then fixed costs) over the last 12-24 months. Plug Power provided a taste of this leverage in its most recent earnings report and there’s probably much more in store for all hydrogen players in 2021 and subsequent years.