Hydrogen & Electrons: Hydrogen Is Back On Democrats’ Agenda 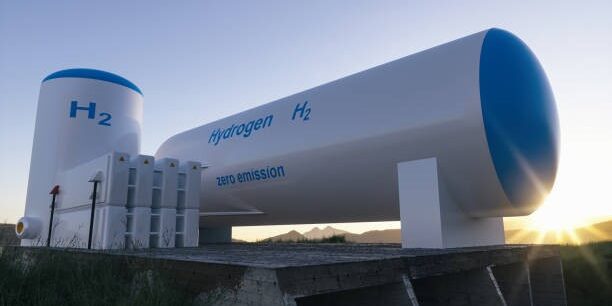 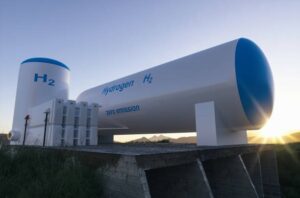 Cleantech stocks have been in the eye of the storm this year, with solar, wind and hydrogen pure players declining 20-40% on average notably as the US government’s push in favor of hydrogen and other clean energies in the Infrastructure bill was underwhelming (e.g. $9.5 billion for hydrogen).

That said, it seems like Democrats have not forgotten Joe Biden’s campaign promise to unleash more than $2 trillion on clean energies as they are now using the budget reconciliation bill to advance their climate change ambitions, with the stated goal to produce 80% of the nation’s electricity from clean sources by 2030.

The bill notably includes incentive mechanisms for hydrogen production with $1/kg tax credits for blue hydrogen (produced from fossil fuels but integrates carbon capture technology) and up to $3/kg for green hydrogen (totally clean, produced with water and renewable energy). Considering that the cost of blue and green hydrogen in the US currently stands around $2/kg and $4/kg, respectively, the bill, if passed, would make green hydrogen immediately competitive with its gray ($1/kg, produced from fossil fuels) and blue counterparts. It would also bring green hydrogen closer to natural gas, having in mind that the recent surge of energy commodity prices obviously increases the competitiveness of hydrogen and other clean energies.

As we have seen in recent weeks, negotiations between Democrats and Republicans in the US Congress have been tough so far and passage of the bill is far from certain. But with expectations now extremely low for hydrogen names, we believe the risk is on the upside.

It’s not only the US. Other countries are starting to unveil their strategy for developing a hydrogen energy economy, such as the UK, which announced during the summer several funding initiatives. First results were visible as soon as September with UK-based Ceres Power getting funding for zero-emission vessels.

Government support or not, private initiatives around hydrogen are proliferating in a move reminiscent of the flurry of private solar projects between 2016 and 2020, at a time when the Trump administration did little to support clean energies.

As an illustration, energy utility National Grid announced it was contemplating a “hydrogen hub” on Long Island powered by nearby offshore wind electricity to help NYC and the state meet net-zero carbon goals. Hydrogen leader Plug Power plans the construction of a new production facility on the US west coast that it expects to produce 30 metric tons of liquid green hydrogen daily.

And Oil giant Chevron announced it was more than tripling its capex in its lower-carbon energy businesses to $10 billion by 2028. Interestingly, Chevron CEO stated that investments would focus on renewable natural gas and hydrogen as wind and solar are more mature and offer inferior returns.

In Europe, TotalEnergies and Air Liquide are taking part in the launch of a EUR 1.5 billion clean hydrogen infrastructure fund, with TotalEnergies CEO commenting that “Clean, renewable hydrogen will play a key role in the energy transition” and that “We are currently working on several projects, notably to decarbonize the gray hydrogen used in our European refineries by 2030.”

Accordingly, VC private funding in hydrogen tech, which had plummeted in 2020 (contrary to funding in most other Tech sectors), is surging to record levels in 2021 (twice the 2019 level) according to CB Insights.

All these initiatives are, first, a sign of confidence in future demand for hydrogen. Then, they suggest that production of green hydrogen should massively scale over the years, keeping in mind that production scalability and improving electrolysis efficiency are key in making green hydrogen price competitive.

But, as we said above, all eyes will be on the US budget reconciliation bill in the short term as its passage could dramatically stimulate demand for green hydrogen thanks to more competitive prices and represent a game changer for the whole ecosystem, from producers (such as Plug) to electrolyzer and fuel cell makers (Plug, Bloom Energy, Ballard…).