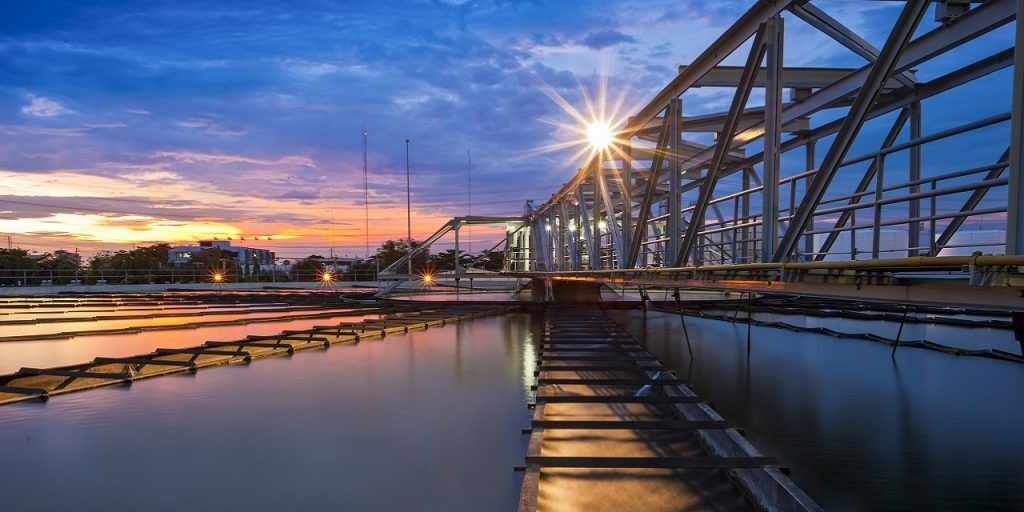 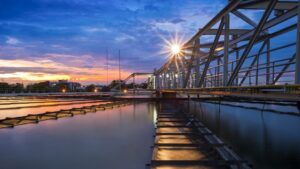 As federal funding to modernize the US water infrastructure is gradually being rolled out and as extreme droughts hit most parts of the world last summer, water companies’ Q3 earnings were mostly overwhelming against a tough macro backdrop, a clear reminder that water is a secular theme will little macro sensitivity.

On the infrastructure side and on the back of a strong pricing environment, companies like Xylem saw double-digit year-on-year growth in their wastewater utility business in both Western Europe and the US. While the company also cited improving supply chain constraints, Evoqua mentioned the public sector’s investments (wastewater collection, pumping, filtration & disinfection, leak detection…) as a long-term tailwind in recording strength across the board, allowing the group to enter 2023 with a robust order book and backlog.

Water metering devices, that measure both water quantity and quality in water infrastructures, also benefited from this environment, as illustrated by Badger Meter’s robust 15% sales growth. Going forward, the water metering segment should be supported by easing chip supply issues and grow in tandem with water management software and analytics and other smart devices (mainly sensors and communication instruments) to spot water distribution leaks.

The trend in infrastructure is here to stay as massive investments keep pouring into the water sector globally. Just a couple of months ago, the US Environmental Protection Agency awarded the first $1.1 billion in funding out of $50 billion earmarked in President Biden’s Infrastructure Law to 18 states to upgrade their water infrastructures, suggesting that government funding should sustain revenue growth across the water infrastructure ecosystem.

Also worth noting, some states are on track to pass state legislation aimed at preserving and improving water supply. That’s notably the case in California where a spending package in the billions of dollars is on the horizon.

On the industrial side, demand from core-end markets (food & beverages, life sciences, electronics…) for water purification or wastewater treatment systems has also been strong, as evidenced by Evoqua’s healthy revenue expansion in its division serving these sectors. Moreover, the company’s water business for the microelectronics industry is expected remain strong, amid the US CHIPS Act and the industry’s trend to onshore or nearshore chip manufacturing.

Going forward, even if a demand softening from industrial clients cannot be excluded should the macro backdrop deteriorate further, some secular drivers are well in place, notably corporates’ willingness to recycle as much water as they can in order to become net water positive and to avoid potential water shortages that were widespread last summer.

Amazon AWS, which consumes large amounts of water to cool down its data centers, became one of the most recent companies to announce that it intends to be water positive by 2030, contributing more water to the ecosystem than it directly consumes. The four pillars of AWS’s net water-positive commitment are efficiency, recycling, reuse, and replenishment. While the company is partnering with nonprofits to replenish water-stressed areas, the largest part of the initiative relies on improving the efficiency of cooling systems and making them compatible with reused water instead of potable or drinkable water. Amazon also plans to invest in on-site water-treatment systems that remove pollutants and will allow AWS to recycle more water on-site.

Evoqua is particularly well-positioned here as the company treats the water that goes in and out of their customers’ facilities or that is reused within the facility process and offers outsourcing services to handle the on-site water treatment operations for the client.

Finally, the desalination segment is another area that is expected to see sustained long-term expansion as global concerns over water scarcity intensify. As they are dependent on the timing and magnitude of large-scale desalination projects, quarterly revenue can be lumpy in the industry as illustrated by Energy Recovery which recorded 47% growth in Q3 but foresees only mid-single digit growth in desalination next year.

Despite this revenue volatility, the pipeline of desalination projects is rapidly expanding across the world (China, Morocco, Egypt…), giving strong visibility on the long-term growth potential of the industry.

In conclusion, a combination of government funding, net-water positivity initiatives from corporates and rising number of desalination projects should fuel growth across the water ecosystem over the years, even assuming macro headwinds. Importantly, this growth should come with either resilient or even expanding margins despite cost inflation as the critical nature of water projects allows to pass price increases on to customers, as evidenced by the latest quarterly earnings.