Aqua/Food Revolution: Smart Irrigation At The Intersection Of Cyclical And Secular Forces 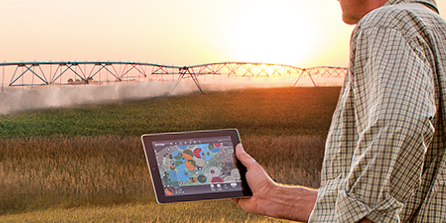 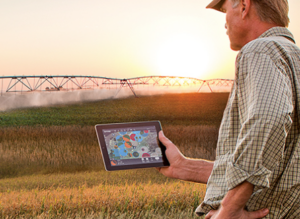 On August 3rd, California water regulators voted a water restriction impacting thousands of farmers in the Sacramento and San Joaquin watersheds. Permission is now required to divert more than 55 gallons of water per day from rivers or streams. This (ridiculously low) limit further illustrates one of the worst droughts in California, which is in the meantime suffering from huge wildfires like Dixie.

As water stress and droughts become more frequent around the world, governments and private companies can act on both supply and demand to address water scarcity. On the supply side, we already detailed in a previous comment that desalination was likely to gain in importance over coming years as many countries need to become more self-sufficient in terms of water supply (and food production).

On the demand side, better water efficiency in agriculture is obviously the way to go as agriculture is responsible for 69% of world’s freshwater withdrawals. But reducing water consumption can be easier said than done due to rising weather fluctuations and the growing difficulty to predict rainfalls.

Irrigation methods are then evolving to accompany these increasingly uncertain precipitation patterns, with traditional techniques such as flood irrigation or rain-fed farming slowly leaving room to more advanced mechanized techniques. In mechanized irrigation, water is delivered to the field through dedicated infrastructure such as pumps, sprinklers, lateral or center pivot systems. By implementing mechanical irrigation, farmers can increase their yield while mitigating the risk of destroyed crop due to drought. A yield increase of 45% over rainfed culture is achievable, and even more in arid and semi-arid regions.

According to UNESCO, only 20% of the world’s harvested surface is irrigated and 80% is rainfed. Worth noting, the 20% that is irrigated accounts for 40% of the production, making an average of 2.6 times more productivity for the same surface.

Overall, irrigation offers a compelling mix of water sustainability and stronger yields for farmers, suggesting it should keep growing at a fast pace.

Importantly, irrigation, just like any other agriculture equipment, is also making its digital transition, providing another material growth driver to equipment vendors. While the first step in irrigation digitization is the introduction of remote activation capabilities (the farmer can open and close his valves from anywhere through a dedicated app on his computer / cell phone, freeing up precious time to perform other tasks), the next major step is the shift to precision (or smart) irrigation with IoT-enabled systems.

Moisture and temperature sensors are embedded in fields and the data collected are then fed to a monitoring platform which will in turn assess the specific needs of each patch of land. The water is then dispensed accordingly, further increasing the yield.

Lindsay’s Zimmatic precision VRI is a good illustration of where the industry is putting its focus. This system makes it possible to efficiently manage the amount of water distributed across a surface. Instead of being made of “dumb” sprinklers, each one can be individually actuated according to the needs. Sensors provide invaluable data for the current state of the crop but are also able to anticipate future needs by integrating air temperature, insolation, and wind measurements, just to name a few.

Smart irrigation is obviously the opportunity for companies such as Lindsay and Valmont to sell some high-value products and to sustain their revenue and earnings growth. But the opportunity goes well beyond hardware as these companies are starting to offer management and monitoring platforms with data analytics capabilities on a subscription basis.

The addition of cloud subscriptions to the traditional business model could be a game changer for the whole irrigation industry as monitoring and analytics are a totally new product and then new source of revenue growth, as subscriptions revenue are highly recurring (vs. cyclical revenue for equipment sales) and as they are likely to be much more profitable (at least 20-30% operating margins).

In conclusion, we believe that smart irrigation stocks are currently in a sweet spot, at the intersection of cyclical forces (strong soft commo environment likely to spark increased capex from farmers) and secular forces (water scarcity, concerns about food security and growing population, digitization of business models).