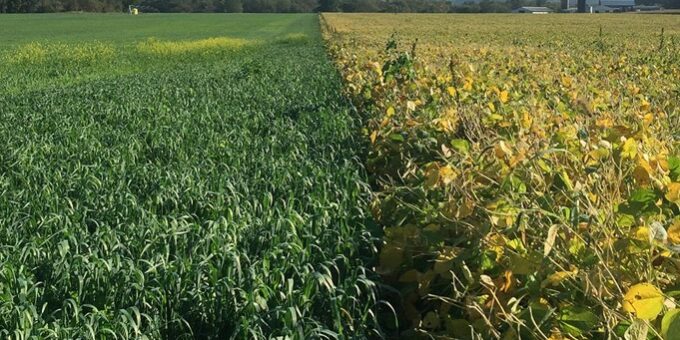 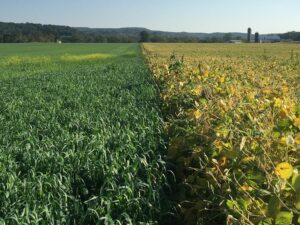 The increasing climate change awareness over the last years, from both governments and consumers, has resulted in the fight to eradicate greenhouse gases becoming a global priority. As approximately one-third of CO2 emissions are attributed to agriculture, the sector has come under the spotlight to implement changes in the way it produces food.

Among various solutions explored to address the issue of greenhouse gases (GHG) emissions of the farming sector, the most comprehensive one appears to lie in regenerative farming. Also called carbon farming or regenerative agriculture, the concept covers a variety of agricultural methods aimed at carbon dioxide sequestration, i.e. the capture of atmospheric CO2 into the soil. Accordingly, companies, governments, and NGOs are increasingly committing investments to help the sector address climate change, while battling desertification, biodiversity loss, falling yields, and trying to improve productivity at the same time to meet the food requirements of a growing global population.

Regenerative agriculture addresses four major areas. First, it seeks to eliminate most or all ploughing of fields, so that when plants die, they release their carbon dioxide generated through photosynthesis in the soil rather than into the atmosphere. Second, greater plant diversity ensures a source of rich, varied, and nutrient-dense soils, leading to higher yields. Third, rotating crops and planting cover crops (overlaying the soil instead of being harvested) favour diverse nutrients in soils. Finally, avoiding chemicals and fertilizers to a large extent supports the natural relationship between microorganisms and plant roots.

While regenerative farming may not sound like rocket science per se, digital technologies have an important role to play in enabling the concept and in sustaining the farming operations associated with it. Useful technologies include satellite imaging, analytics for seed selection, computer-aided field scouting, and algorithms for predicting pests and disease. In this regard, Syngenta, which plans to go public shortly (on the Shanghai Stock Exchange this time!), had its technologies used in reducing soil erosion by 95% in Andalusia.

But beyond single initiatives, regenerative agriculture’s global economic and business implications are becoming more tangible. According to the World Economic Forum, its adoption could create as much as $4 billion in economic value in the US alone over the next one to five years, while reducing the sector’s emissions by nearly 50%.

Notably, carbon banks are popping in the US with strong support from the Biden administration and more specifically the USDA to reward in carbon credits farmers that store carbon in their soil through regenerative agriculture practices. These credits will then be sold to companies seeking to reduce their emissions.

The trend towards sustainable agriculture also looks to be driven by consumption, as demand for carbon neutral foods is invigorated by consumers who exhibit increased sensitivity towards labels certifying climate change and sustainable farming practices. In a recent European survey, 74% of respondents said they consider climate neutral labels on foods as a useful decision-making tool. And in another, 42% of European consumers said the pandemic had made ethical or sustainable food production methods more important to them.

In response to growing demand and after the launch of the first carbon neutral snack brand, NoCoé, in France last year by SnackFutures’ (Mondelez), other food giants look set seek to capitalize on consumers’ rising carbon neutrality awareness. To that end, corporate initiatives have been mushrooming in recent months. Nestlé announced in late September it had committed CHF 1.2 billion to regenerative agriculture over the next five years, saying it’s ready to pay premiums for regeneratively farmed commodities. Among other initiatives, Danone now advertises that it’s on track to source 100% of its ingredients in France from regenerative agriculture by 2025. This is likely to pave the way for more carbon neutral certifications within its portfolio of products, in addition to its Evian water brand which was its first to obtain the Carbon Trust (a publicly funded UK organisation) label in April last year.

Meanwhile, plant-based food, which is also expected to contribute materially to agriculture sustainability, keeps expanding at a brisk pace, with the emergence of new distribution deals and categories. KFC stated recently it is now striving to become a “restaurant of the future” by investing heavily in expanding its vegan offerings. To that end, its parent company, Yum! Brands, signed a deal earlier this year with foodtech giant Beyond Meat, to co-create new plant-based protein menu items not only exclusive to KFC, but also to Pizza Hut and Taco Bell over the next few years. Impossible Foods’ newly launched plant-based chicken alternative is set to be marketed through 10,000 stores across the US, thanks to Walmart among other distributors. It remains unclear however to what extent the company will try to leverage the fact that its plant-based product uses about 48% less land and 43% less water, while producing one third less GHG emissions than traditional chicken.

Within the dairy space, recent evidence (Meat Atlas) corroborated that the largest traditional dairy companies emit more GHGs than oil giants… Accordingly, competition from dairy alternatives is heating up. In this regard, Impossible Foods recently said that it is working on “Impossible milk” which, like its burgers, is supposed to look and taste like the real thing. Furthermore, ‘animal-free’ dairy startups have scored significant venture capital (VC) funding as of late (e.g., Formo’s $50 million Series A round). The current hype within the space doesn’t come as a surprise, as alt-milks are gaining significant ground among the public, with 32% of British consumers drinking plant-based milk in 2020, up from 25% in 2019 according to a recent survey from Mintel.

In conclusion, even if investors do not reward right now early-stage (and often poorly-profitable) companies, it remains clear to us that companies that supply products/technologies which carefully address sustainability issues will benefit from a highly supportive environment over the years.

And those companies, notably in the plant-based food industry, that will be able to address sustainability and health/wellness at the same time could score significant wins, considering that consumers increasingly care for nutriments that improve their health. The jury is still out on the scientifically-proven benefits of plant-based meat for instance (lower calories and fat vs. higher sodium) but regular advances (e.g. a new Beyond Burger launched recently with improved metrics) suggest that the debate could be over in a near future.