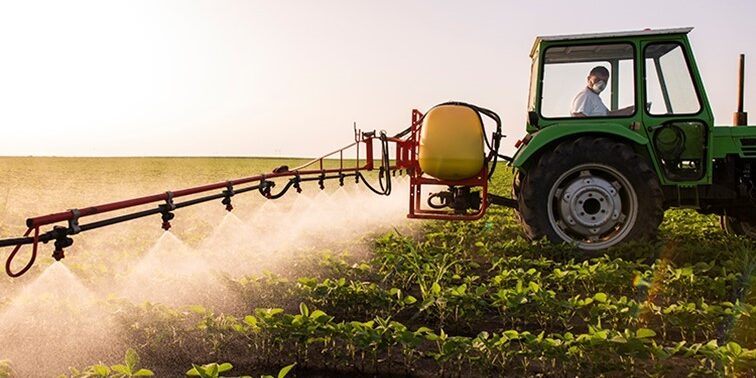 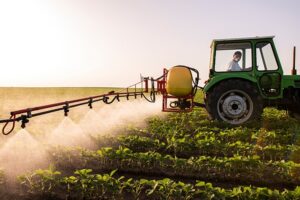 Fertilizer names are currently a source of relative resilience in our Food Revolution portfolio as they ride an exceptional environment (strong farming demand, major supply disruptions) to deliver impressive quarterly figures and/or guidance. Nutrien and CF Industries just reported +64% and +173% Q1 revenue growth, respectively, and EBITDA up 3x or 4x the level achieved one year earlier.

Fertilizer prices are indeed hovering near their highest levels in 20 years in the wake of the loss of essential production inputs due to sanctions on two of the world’s top producers (Russia and Belarus), shipping disruptions in the Black Sea region following the Russia-Ukraine conflict (which together account for nearly a third of global fertilizer exports), not to mention higher-than-normal demand last year draining supply, and greater energy costs.

On top of these drivers, another US demand-driven factor is likely to kick in over the next few months, through increased usage of bioethanol, which is mostly obtained from a fermentation process of fertilizer-intensive corn (maize). Indeed, President Biden announced in mid-April that his administration will lift limitations on the sale of E15 gasoline (15% bioethanol). Today, most gasoline sold in the US is currently blended with 10% bioethanol, due to sale restrictions on E15 gasoline during the summer season (owing to contribution to smog at high temperatures). Hence, sales of a 15% ethanol mix across the US are set to rise.

Accordingly, and in the wake of this additional demand, prices of potash, nitrogen-rich ammonium sulphates/nitrates and phosphorous-based fertilizer prices could well evolve towards unchartered territory. With regards to potash (a generic term for a group of potassium-containing minerals and compounds), the supply picture is even worse, as Belarus, which represents about 20% of global exports, is under US sanctions since 2021 due to President Lukashenko’s crackdown on political opponents. Producers have been blacklisted, including the country’s export arm Belarus Potash Company (BPC), suggesting that potentially 40% of the world’s potash supply is off of the market for an indefinite period of time.

A range of western companies benefit from the high pricing environment on one hand and, on the other, from a capacity to increase their production volumes. Some of these can be found in a country that is the world’s dominant potash producer (32% of the world’s total): Canada – where Saskatoon-based Nutrien for example intends to raise its potash production by nearly 10% over its earlier projections, to about 15 million tonnes in 2022, with the majority of the extra volume to be produced in the second half.

The main reason why potash production is location-dependent is that its manufacturing process requires the availability of potassium as a mining compound (generally potassium chloride). Either underground or solution mining allows to recover raw ore, which is then crushed and purified to recover the potassium salts that form the basis of potash.

Yet, ammonium sulphate/nitrate fertilizer production is less location-dependent, as the process generally is made through the reaction of chemical compounds widely available. Such fertilizers were among the first and most widely used for crop production and used to require the Haber-Bosch method, developed in Germany, and initially shown to BASF in 1909. Ironically, while the process has massively contributed to produce enough cereals to feed the world’s growing population, Fritz Haber’s discovery (enhanced by Carl Bosch) also proved paramount in producing explosives and mustard gas during the first world war.

Meanwhile, the process for producing ammonium fertilizers has traditionally been highly CO2 generative. Accordingly, companies like US-based CF Industries have embraced new production methods, leading to blue and green ammonia, which sequester or totally remove CO2 emissions thanks to innovative methods making use of an electrolysis system. This will allow the company to manufacture around 20,000 tons of green ammonia/year.

Alongside ammonia and potassium, modern agriculture is also reliant on phosphorus-based fertilizers – one of the most important elements for plant life. The only raw material in the form of phosphorus fertilizers is rock phosphate. The production makes use of an industrial furnace by heating rock phosphate in the presence of carbon and silica. Phosphorus is released as a vapour, which is collected under water. China ranks first in phosphate-mining production, followed by Morocco/Western Sahara and the US. But rock phosphate is also available in Brazil and Finland, two countries in which Oslo-based Yara owns phosphate mines.

In all, while it’s hard to tell if peak pricing has been reached or is still ahead, our view is that fertilizer prices will remain elevated until 2023 at least. First, on the supply side, there’s no end in sight for the Ukraine – Russia conflict and for a potential removal of sanctions on Russia. And regarding phosphate, there’s no visibility on China’s willingness to release production to export markets. Second, the southern hemisphere growing season is at risk due to fertilizer exports disruption and is likely to keep pushing up grain prices and planted acreage (a positive for fertilizers). And third, as we said above, the increased usage of bioethanol is likely to be a new driver.

That said, even if the short term is likely to remain supportive, we wouldn’t go all-in on fertilizers and, more generally, agriculture as we consider that the current environment is exceptional (just like Covid was for the Tech industry) and that pricing and earnings could fall back at some point should supply improve.

For the longer term, it’s also worth monitoring the development of fertilizer alternatives and notably biofertilizers. These microbe-based alternatives are less location-dependent, are often cheaper than conventional fertilizers and can offset some nitrogen-based fertilizers but can’t yet take over others such as potash and phosphate.

SuperBac, which is expected to go public in the second half of the year through XPAC Acquisition Corp, a SPAC, focuses on agricultural and industrial applications of bacteria prevalent in the Brazilian ecosystem that can minimize the requirement for nitrogen, phosphorus, and potassium crop fertilizer while increasing production.

And, Germany’s Bayer, which has partnered with US-based Ginkgo Bioworks, reaffirmed last month its willingness to develop biological alternatives to chemical solutions, among other through the advancement of their marquee nitrogen fixation program – a process that causes nitrogen to combine biochemically with other elements to form reactive fertilizing compounds such as ammonia, nitrates, or nitrites.