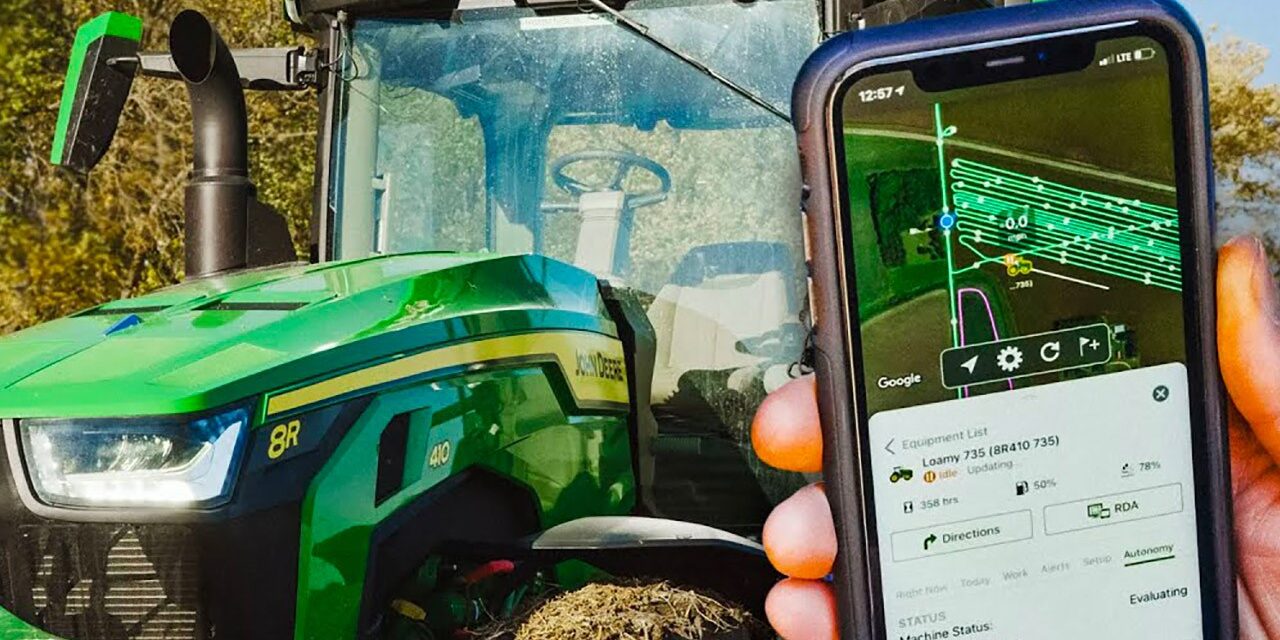 Agriculture machinery makers put a lot of efforts last year in developing their digital capabilities and autonomous driving technology, as illustrated notably by CNH’s takeover of Raven Industries for $2.1 billion and Deere’s purchase for $250 million of Bear Flag Robotics.

These initiatives seem to be bearing fruit as Deere unveiled last week, during the Consumer Electronics Show in Las Vegas, the first autonomous tractor that is expected to be commercially available by the end of the year. Thanks to a smartphone app, a farmer can start the tractor and monitor its progress.

From a technology perspective, Deere has decided to do away with LIDAR contrary to most car makers, considering that laser-based detection of obstacles, along with assessment of their distance, direction, and velocity, was not relevant for a tractor operating in a field and decided to focus on a combination of stereo cameras and GPS guidance.

The image processing and collected data are then handled by a Nvidia GPU and an artificial intelligence that has been trained to identify and navigate around most common obstacles (animals, plants…) and to stop and send an alert to the farmer when it cannot handle a situation.

Overall, given the specificities of tractors compared to road vehicles (farming environment, dust, heat…), Deere could not simply borrow EV self-driving technologies and had to design or customize its own hardware and AI software.

The value proposition of this autonomous tractor is obvious: it is expected to materially boost farm productivity against a backdrop of rising food demand and ease human labor availability challenges. Self-driving technology could then kick off a major upgrade cycle in the whole agriculture machinery industry and sustain revenue growth well beyond the current soft commo cycle, provided the pricing of the technology is not prohibitive.

Talking about pricing, Deere has not detailed yet the business model of this new generation of tractors but chances are it will sell the self-driving technology on a subscription basis, following in the footsteps of Tesla and other industrial companies that increasingly offer IoT sensors and software capabilities in tandem with their core products in an attempt to bring new services to their customers and better monetize their installed base.

For vendors of agriculture machinery, the addition of cloud subscriptions to the business models could be a game changer. First, self-driving adoption and revenue growth could materially accelerate as affordable monthly payments entice more customers to try out the technology.

Second, subscriptions revenue are highly recurring and then likely to lessen the cyclical profile of agriculture equipment makers companies.

And finally, software technology and subscriptions are likely to be much more profitable than the core business with operating margins expected to approach 30% on average.

Farming customers would also get their fair share of advantages from subscription-based offerings: lowered upfront costs, tailored offers (pricing based on the features they unlock), regular over-the-air software updates…

In conclusion, we are still in the early stages of the digitization of the agriculture and food industries and this secular trend will spark both a major equipment upgrade cycle (coming along improved profitability) for machinery vendors and strong demand and M&A interest for technology providers.