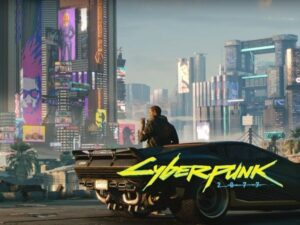 Video gaming has undoubtedly been one of the rare safe havens in the equity market in recent weeks, as illustrated by the performance of our Gaming certificate (down just 3.7% month-to-date).

The industry should indeed emerge largely unscathed from the current health crisis as an expected surge in digital revenue, with hundreds of millions of people stuck at home and going on a gaming binge (see recent gaming server outages, or Nintendo’s Switch being sold out in most locations), translating into game downloads and in-game item purchases, should largely offset retail closures. It’s worth reminding that retail now accounts for a limited portion of gaming software publishers’ revenue (20% on average).

In addition, most publishers should not suffer from any major disruption to their release schedule for Q1 and Q2 as many had decided in recent months to postpone title releases in order to capitalize on the new gaming cycle set to start with the shipment of next-generation consoles.

That being said, it’s already time in our view to think about what comes next for the gaming industry, when the dust settles, as we all know we won’t stay at home forever.

The main reason for being upbeat about the industry’s outlook is that the new gaming cycle appears well on track. Sony and Microsoft just confirmed that their next-generation consoles (PS5 and Xbox Seies X) would ship in time for the holiday season – with Sony even providing the long-awaited specs of the PS5 -, while there were some doubts, first about supply chain, then about demand.

New gaming cycles historically spark a spending pickup on video games as consumers tend to buy numerous games early in the cycle to test the capabilities of their new machine and as publishers release numerous blockbusters to capitalize on the opportunity.

True, in spite of the Sony and Microsoft confirmations, we can not totally exclude the possibility of a delay (say H1 2021) or of reduced holiday shipments in light of the current environment. But we believe that this risk should be manageable for the gaming software industry as initial console shipments are traditionally low due to a high retail price and volumes start to grow meaningfully when retail prices go down 6-12 months after launch. So, a slight console delay would not be dramatic in our view.

Also, the current macro environment could be a source of concern and suggest that consumer demand for new consoles and game software at the end of the year and over 2021-22 will be lower than initially expected. But we believe that this risk should be at least partially offset by the various silver linings coming with the current containment measures.

First, among stuck-at-home people, some are new to the video gaming world or rediscover it and could turn into regular customers in coming months.

Second, some of the new eSports viewers could also turn into regular users of streaming platforms, notably as professional sports embraced eSports in recent weeks and organized virtual races (F1, NASCAR) to make up for live events. As a reminder, eSports is a non-negligible source of revenue for many publishers.

And finally, many consumers could get accustomed to digital downloads for game purchases and stick to this format in coming months, which would have a positive impact on the profitability of publishers.

In all, even if visibility on the macro environment remains limited heading into the second part of the year, we firmly believe that Gaming offers a rare combination of resilience and growth. That said, stock-picking will be more important than ever: while some publishers could be affected by longer game development times due to the current situation and have to postpone some of their titles, others could benefit from a reduced competitive environment notably during the 2020 holiday season. CD Projekt (part of our portfolio), which had decided a couple of months ago to delay the release of its highly anticipated blockbuster Cyperpunk 2077 from April to September, could be one of the holiday winners.