Gaming: Video Games Are The Next Social Platforms 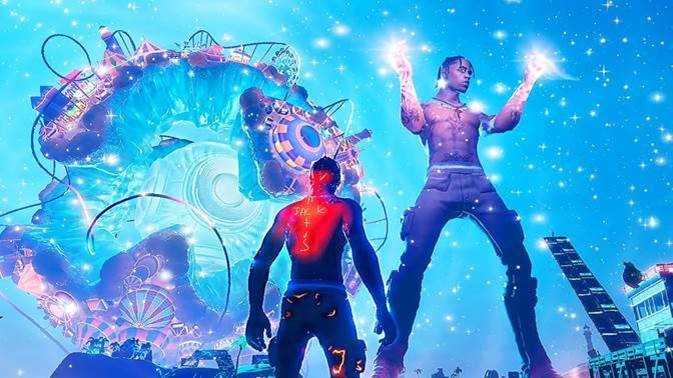 Last week, highly popular video game Fortnite hosted an in-game virtual concert by rapper Travis Scott. The performance attracted a record 12.3 million players, a number that should be revised upwards when taking into consideration people who watched the concert outside of the game on streaming platforms like Twitch and YouTube.

While some could argue that this kind of record is just the result of lockdown measures across the world with bored, stuck-at-home people desperately seeking for some kind of entertainment, we would point out that this is not Fortnite’s first try at the virtual concert business. The game had already hosted in early 2019 (then in “normal conditions”) a concert by electronic DJ Marshmello that topped 10.7 million viewers. We would also add that it’s now rather usual for eSports competitions to attract millions of viewers.

In our opinion, these events and figures clearly show that video games are actually more than games and are definitely on their way to becoming the next social networks. Fortnite, basically, has nothing to do with the music industry as it is a shooting game. But like many other video game franchises, it has grown over the years into a platform where users can remain engaged even when they are not actively playing. They can chat, watch others and share moments around special events (concerts, movies…). Worth noting, the social dimension of video games has been in full swing in recent weeks as games have been seen as a way to share fun with remote family and friends during stay-at-home policies.

Large video game franchises, which include GTA, Call of Duty and League of Legends among others, boast tens or even hundreds of millions of users and can hence already compete with traditional social media (Twitter, Snap) in terms of number of users. Importantly, they could grow much larger in the future assuming cross-platform play becomes the norm and unleashes the full potential of network effects: as users on a specific platform (PC, console, mobile) will have the ability to play/compete with users on other platforms, the attractiveness of game franchises will increase (higher number of players) and will lead new users to join.

From a financial standpoint, this gradual transformation of games into social platforms comes with many benefits. Revenues become more recurring and players tend to purchase more in-game digital goods as they spend more time on the platform. And advertising (for music, movies, cars…) could become a material revenue stream.

Last but not least, video gaming assets could attract significant M&A interest from Tech and social media giants (Facebook, Tencent, TikTok owner Bytedance…) that have been investing heavily in the space in recent years, acknowledging that the border between games and social media is blurring. In the public equity space, mobile gaming companies such as Gluu and Zynga could be up for grabs.