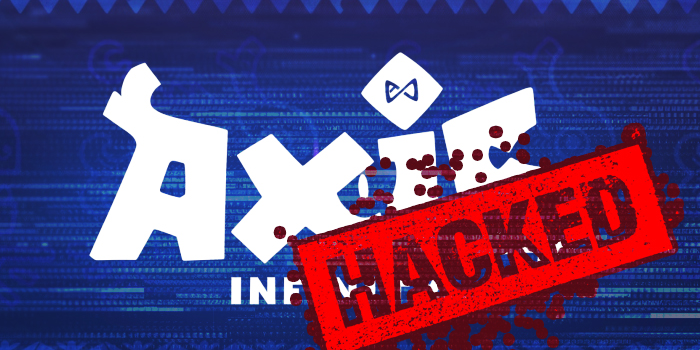 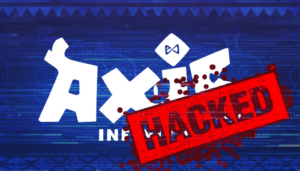 The crypto community has just been shattered by the biggest crypto heist to date: 173,600 ethereum and 25.5 million USDC (a U.S. dollar pegged stablecoin), or an equivalent of $622 million, have been stolen on the Ronin network. This network is a so-called sidechain used to settle crypto transactions on Axie Infinity’s video gaming platform.

As highlighted in a previous write-up, Axie Infinity is a blockchain-based game developed by Sky Mavis in which players can collect, breed, raise, battle and trade little creatures called Axies that resemble Pokémons and are digitized as non-fungible tokens (NFTs).

Axie Infinity and a couple of other blockchain-based games have ushered in the “play-to-earn” model: gamers can trade their digital assets and be rewarded with in-game assets (tokens) that can be exchanged for cryptos and then real money. Thanks in part to its significant ‘income generating’ ability, Axie Infinity has become one of the top blockchain-based games over the last couple of years.

All of the main (layer-1) blockchains like Ethereum or Bitcoin have an ecosystem of several layer-2 and/or sidechain networks attached to them. The primary objective of these secondary networks is to ease the congestion found on many layer-1 blockchains as well as to reduce their transaction costs.

Sidechains, to the contrary of layer-2 networks, are operating their own security mechanism in terms of transactions’ validation. In Ronin’s specific case, the cybercriminals found a backdoor that allowed them to hack five out of nine (only…) validator nodes in order to obtain the required minimum number of needed (crypto) signatures to validate and process withdrawals.

Past years’ literal boom of layer-2/sidechains was driven by the explosive growth of decentralized finance (DeFi) projects as well as the stellar rise of NFTs’ minting and trading. The Ronin/Axie hack – which is not the first of its kind (Poly Network in August 2021) – should then be considered as a clear warning to all the companies entering the crypto space without putting sufficient emphasis on the robustness of the blockchain infrastructure.

We are notably thinking about gaming companies that are all gradually embracing cryptos and NFTs with, for instance, Ubisoft introducing NFTs in Ghost Recon on PC at the end of last year and Krafton (owner of one of the biggest video game franchises, PUBG) announcing a partnership with Solana last week.

We remain more than ever convinced by the blockchain opportunity for these companies and its massive monetization potential. Not only will NFTs allow users to own and trade digital assets (and hence incentivize them to spend more on these items), but they will also offer them the opportunity to take part in the game’s success (through the appreciation of the token) and/or in the game’s governance. But picking the right blockchain infrastructure will prove critical.