Metaverse: The Third Generation Of The Web 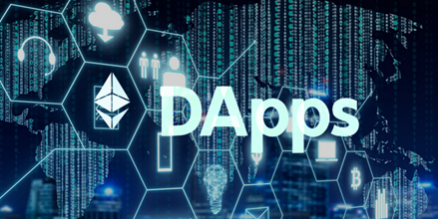 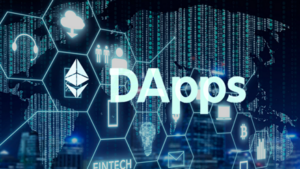 If Facebook’s long-term strategy was not yet clear enough for everyone, its recent name change to Meta unambiguously states the company’s objective to be a major actor in the buildout of Internet’s upcoming (r)evolution, which premises are already starting to be visible through different angles.

From the gaming industry’s perspective, the Web’s next iteration will be an immersive 3D virtual environment, the Spatial web. Web giants like Facebook or Microsoft have officially embraced this vision by putting their massive social and business ecosystems into the equation.

From the crypto world’s perspective, the next Internet generation – dubbed Web 3.0 by many futurists – will run on a blockchain-based decentralized computing architecture. Given the ever-increasing power concentration of the Web 2.0 hyperscalers (Amazon, Google…), this vision seems to be far away right now. But crypto aficionados are already seeing some of their expectations becoming true given the stellar rise of digital properties’ transactions (e.g., NFTs), decentralized finance (or DeFi) projects or even the rollouts of edge computing infrastructures (a form of decentralized computing) to support IoT or autonomous driving, just to name a few use cases.

The convergence of the Spatial web and the Web 3.0 visions will result into the Metaverse, a 3D digital twin of our physical world, where our avatars will play, interact, shop, do business and transact without any boundaries.

Decentraland, Axie Infinity or The Sandbox are some pioneers of this fusion. This nascent digital economy needs a company/government agnostic layer to secure and transfer the created (digital) value.

The solution is an open, global network based on blockchain technologies. Over the past decade, the success of Bitcoin literally triggered a fundamental research boom on decentralized computing (the IT topology on which blockchains are deployed) and on crypto assets.

However, the real quantum leap came when Ethereum demonstrated the vast possibilities offered by a fully programmable blockchain. The minting (or creation/issuance) of tokens and NFTs as well as the functioning of DeFi building blocks are coded with the blockchain’s native programming language. These programs, called Smart Contracts, are then linked to decentralized applications (dApps) which are easing the users’ interactions with the underlying blockchain (through a browser or a mobile app).

Smart Contracts are simultaneously executed by thousands of independent computers scattered around the globe. Ethereum is thus a large decentralized computer, which state is synchronized by a consensus protocol. In order to execute code on a blockchain, each processing node must have a key feature that previous generations of blockchains, including Bitcoin, didn’t have: a virtual machine (VM).

The Ethereum Virtual Machine (EVM) has become the de facto standard in the crypto world and fully explains its phenomenal success: this blockchain currently runs more than 90% of all the current DeFi and NFT projects.

The second approach is not only based on a different blockchain design but also on a proprietary, and hence EVM incompatible, virtual machine. Projects like Neo, Tron or Solana are following this route by bringing innovative solutions at the consensus protocol level and/or by natively integrating, for example, WebAssembly programming capabilities in lieu and place of the traditional VM/Smart Contract couple.

The evolution in the programmable-blockchain field is moving at lightspeed and it is likely that several blockchains – each optimized in a specific area – will share the exploding markets of tokens and digital property rights issuance, crypto transfers and decentralized finance. The stakes at play are extremely high since we are talking about establishing the set of standards that will bring the Internet of Value to the masses.

The convergence between the MAMAAs (Meta, Alphabet, Microsoft, Amazon and Apple), the video game industry and the crypto world is just starting and a parallel can be easily drawn with the Web in the late 90s.

The Metaverse will trigger a tectonic shift in many industries and its impact extends far beyond gaming. It will reshuffle the cards in the Internet space and create a formidable investment opportunity for a new generation of Web companies developing crypto cloud economies.